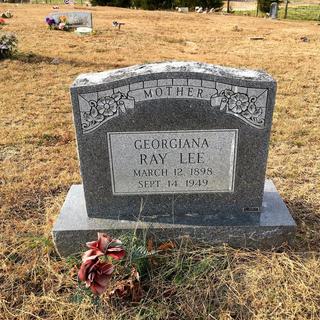 Those of you who have read the book will recall that much of Norvel's early family life revolved around Rising Mount Zion Baptist Church in Gala, Virginia.  I learned this from Judy Barnett at the Botetourt County Historical Society.

On November 25, 2016, the day after Thanksgiving, Barbara and I took a twenty mile drive from our home to Gala to see if we could find the church.  I wasn't expecting to be successful.  I couldn't find it listed on Google Maps but I did find a little spur of a road called Mt. Zion Drive, several zigs and zags off U.S. Route 220 (Botetourt Road).  Surprisingly we easily found our way to the little road, which was on the right side of rural Virginia road 694.  On the left was a church with a gravel parking lot.  We parked and walked over to a sign that confirmed that this was indeed the Rising Mount Zion Baptist Church of Gala Virginia, established 1928.

Next to it was a neatly kept cemetery with an assortment of gravestones scattered through it.  Most were simple markers.  Others were more substantial containing hopeful inscriptions.  I came across the one I was looking for.  We stood in silent reverence, staring at what is shown in the image above.  This is the gravesite of Norvel Lee's mother.   Her birth name was George Anna Ray.  But, as described in the book, she was known as Georgiana.  Norvel's brother, George, had something to say about this which I will describe in a future edition of this blog.

I learned from the family that the large headstone was added later. Originally it had been a simple marker like many of the others in the cemetery. In the book I tell how the larger headstone came about through a premonition of Norvel's wife, Leslie.  Personally I'm thinking it was so I could find it.

While there in this peaceful setting on a beautiful late fall day I also looked for Norvel's father's gravesite but could not find one.  I know his funeral was held there and I presume his resting place there as well.

Later we took several of Norvel Lee's descendants to the church and cemetery.  That day will also be described in a future edition of the blog.

Next week I will describe trying to ascertain the back story of Norvel's act of civil disobedience.